Prices rise but not for long as interest rates climb ...

Home sales, prices rise – but for how long? 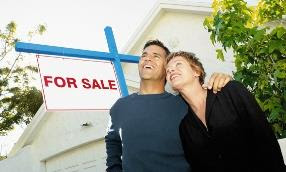 The number of sales was 6.5% above June and 17.2% above the level in July 2012. If sales continue at the same pace, that would equal 5.39 million homes sold annually, according to figures from the National Association of Realtors.

Rising interest rates as well as rising prices are expected to tamp down both prices and the number of sales in coming months, as homes get less affordable. The shortage of homes for sale, particularly for first-time buyers, continues in many communities, too.

"Mortgage interest rates are at the highest level in two years, pushing some buyers off the sidelines," Lawrence Yun, the NAR’s chief economist, said in a news release. "The initial rise in interest rates provided strong incentive for closing deals. However, further rate increases will diminish the pool of eligible buyers."

Distressed homes continued to make up a smaller percentage of sales, one of the factors that is driving up median prices, since foreclosures and short sales sell at a discount. In July, distressed homes were 15% of sales, down from 24% a year ago.

First-time buyers continued to play a smaller role in the market than they do in normal times, accounting for only 29% of sales, down from 34% a year ago. Investors made 16% of purchases, down from a peak of 22% in February.

All-cash sales continued to be a strong factor, making up 31% of the deals, up from 27% a year ago.

Looking at the numbers by region:

Posted by Unknown at 7:57 AM No comments: