Shutdown is over - Now what?

The government shutdown enters its 16th day, but a deal is rumored to be struck this afternoon to reopen the government and to raise the debt ceiling. The House of Representatives will be meeting at 10:00am ET today while the Senate is set to meet at 12:00pm ET. The deadline for the debt ceiling issue is at the stroke of midnight tonight eastern time.
Late yesterday, credit rating agency Fitch placed the U.S. debt on negative watch, but did maintain its AAA rating. The reason behind the move was the "failure to raise the federal debt ceiling in a timely manner before the Treasury exhausts extraordinary measures."
Over in housing news, the National Association of Home Builders (NAHB) reported today that its Housing Market Index fell to 55 in October versus the 57 expected as home loan rates rose along with the government shutdown providing uncertainty. Any readings over 50 shows optimism and the NAHB said that it is still seeing signs of pent-up demand in many markets across the country.
Posted by Unknown at 12:00 PM No comments: 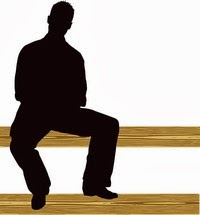 Are you considering buying or refinancing?  Trying to "time" the market?  It's time to hop off that fence and hop into your new home (loan) ...

Currently the Fed is the only major buyer of mortgages on the secondary market.  Given that the Fed has made it very clear that they will begin tapering their purchases in the coming months - we expect mortgage rates to rise.  Likely this won't happen until 2014 - but 2014 is almost here!

Our Federal Government cannot stave off inflation forever ... If you lock in with us and rates go up - you're protected.  If rates should drop by 1/4% or more in the 15 day window prior to closing - you may float down to the lower rate, plus 1/8%, at no charge.  This applies to both purchases and refinances!

If you have a FHA Loan - we may be able to refinance you and lower or eliminate your mortgage insurance.  If you have a VA loan above 4.5% - we can do a streamline refi and save you money.  If you're in a conventional loan - consider refinancing to a 15 year loan and save 10's of thousands in interest.

If you're a buyer - ask us about how to finance home improvements with your home purchase ... we have several options depending on your situation.

As always - we thank you for your referrals and honor the trust you place in us.
Posted by Unknown at 10:05 AM No comments:

Government Employees / VA and FHA ... We are still closing loans ...


Government Shutdown and its impact to Loan Originations

The government shutdown has adversely affected two areas of mortgage originations across the industry.  Tax transcripts are not available for any borrowers and in many cases, it isn't possible to obtain a verbal verification of employment for government employees.

While we wait for the political stalemate to end, we recognize the adverse effect not being able to obtain tax transcripts and verbal VOEs could have on our borrowers.  Fortunately, 1st Portfolio is doing business as usual and will hold the loan until the Government gets back to work.

For Conforming, FHA, and VA loans eligible for sale to 1st Portfolio, we will accept one year’s tax returns in lieu of transcripts, if our receipt of transcripts is delayed due to the shutdown.  We still will rely upon transcripts if they are available.  For Verbal Verification Of Employment, all attempts will be made to obtain them for government employees, but if we are unable to confirm employment due to the shutdown, we will not delay or cancel settlement.

We value our clients and appreciate the trust you place in us.  Call us today for help with your next mortgage.

Posted by Unknown at 4:29 PM No comments: